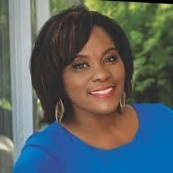 Senior Fellow in Governance Studies, the director of the Center for Technology Innovation, and serves as Co-Editor-In-Chief of TechTank

Dr. Nicol Turner Lee is a senior fellow in Governance Studies, the director of the Center for Technology Innovation, and serves as Co-Editor-In-Chief of TechTank. Dr. Turner Lee researches public policy designed to enable equitable access to technology across the U.S. and to harness its power to create change in communities across the world. Her work also explores global and domestic broadband deployment and internet governance issues. She is an expert on the intersection of race, wealth, and technology within the context of civic engagement, criminal justice, and economic development.

Dr. Turner Lee comes to Brookings from the Multicultural Media, Telecom and Internet Council (MMTC), a national non-for-profit organization dedicated to promoting and preserving equal opportunity and civil rights in the mass media, telecommunications, and broadband industries, where she served as vice president and chief research and policy officer. In this role, she led the design and implementation of their research, policy and advocacy agendas.

Prior to joining MMTC, Dr. Turner Lee was vice president and the first director of the Media and Technology Institute at the Joint Center for Political and Economic Studies, the nation’s leading think tank on issues related to African Americans and other people of color. In this role, she led the technology research agenda that was focused on advancing digital equity and inclusion for historically disadvantaged populations. Her most notable work was her development of the first national minority broadband adoption study in 2009 that was later cited in the congressionally mandated Federal Communications Commission’s National Broadband Plan.

Dr. Turner Lee’s most recent publications address biases in machine learning algorithms, the digital divide, 5G mobile infrastructure and telehealth. She has written extensively on the digital divide in both urban and rural areas, and the availability of local health resources, including those enabled through telemedicine. She has a forthcoming book on the topic, Digitally Invisible: How the Internet is Creating the New Underclass (Brookings Press, 2021).

Dr. Turner Lee has been cited in the New York Times, Washington Post, San Francisco Chronicle, Communications Daily, Multichannel News, and Washington Informer. She can also be seen or heard on NPR, NBC News, ABC and other print and online publications. She is also a widely sought expert and speaker on issues related to communications policies in media and at conferences, and she has testified on multiple occasions before Congress. Dr. Turner Lee was a two-time Digital Research Program Scholar as part of Time Warner Cable’s Cable Research Program in Communications and recipient of countless recognitions, including the presentation of the Lifetime Achievement Award from the Rainbow PUSH Coalition (2015 and 2019) and one of the Most Inspiring Women in Media from the Alliance of Women in Media (2014).

Dr. Turner Lee graduated from Colgate University magna cum laude and has a M.A. and Ph.D. in Sociology from Northwestern University. She also holds a Certificate in Nonprofit Management from the University of Illinois-Chicago. Dr. Turner-Lee is a Visiting Scholar at the Center for Gender Equity in Science and Technology at Arizona State University. She also serves on the Federal Communications Commission broadband advisory working group and digital diversity working group. In her free time, Dr. Turner Lee is Chair of the Telecommunications Policy Research Conference (TPRC), which is committed to joining policymakers and academics around significant tech policy issues.

Black People vs Robots: Reparations and Workers Rights in the Age of Automation

Black People vs Robots: Reparations and Workers Rights in the Age of Automation

In 2009, 13% of the US population were either self-employed or working as independent contractors, in 2016 this number had doubled. And from Silicon Valley to the US Supreme court, the rights of workers are under attack. At the same time, robots capable of driving cars, assembling goods, and cari...