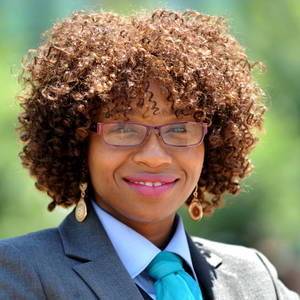 Dr. Atyia Martin was appointed by Mayor Martin J. Walsh in 2015 as the Chief Resilience Officer for the City of Boston. In this role, she has led the development of Boston’s first resilience strategy. Dr. Martin has been working in homeland security, intelligence, emergency management, and public health preparedness at the federal and local government for over 16 years with positions in the U.S. Air Force, the FBI, the Boston Police Department, the Mayor’s Office of Emergency Management, and the Boston Public Health Commission.

She has a doctor of law and policy from Northeastern University, and a masters in homeland security leadership from the University of Connecticut. She and her husband live in Boston and have five children.

Since the advent of computing, big data and algorithms have penetrated virtually every aspect of our social and economic lives. New data systems have tremendous potential to empower communities of color. Tools like statistical modeling, data visualization, and crowd-sourcing, in the right hands, ...