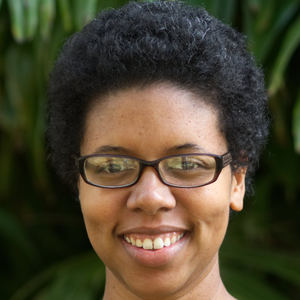 Piper Harron is a postdoc at University of Hawaiʻi at Mānoa. Harron received her PhD in mathematics from Princeton University in January 2016. More interestingly, she started in 2003, left in 2009, lectured at Northeastern for three semesters, then stopped working and had two children born in 2011 and 2014.

Her PhD thesis received recognition for its humorous style and blunt social commentary (Spoiler: math culture is oppressive), and she has traveled to many institutions around the country and in Canada to talk about her experiences trying to survive other people’s good intentions. She is currently a postdoc in the Department of Mathematics at the University of Hawaii at Manoa.

Black and brown people are vastly underrepresented in science, tech, and engineering. Although Black people report desiring to major in STEM at the same rate as their white counterparts, they are less than half as likely to end up in STEM-related jobs (US Census Bureau). And in a world that is in...