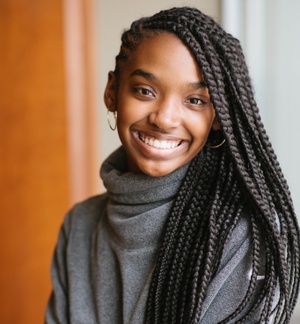 Linda was born and raised in New Orleans, LA, she is an activist, content creator, and undergraduate student at Stanford University studying bioengineering. Linda has been an activist since high school, when she held her school administration accountable for its neglect of its Black student body as well as its sexist rules and policies. As a student organizer at Stanford, she’s involved in many abolitionist, black feminist, and anti-imperialist efforts on campus, including the fight to departmentalize African and African American Studies.

What Even IS an Algorithm? | Crash Course: Data for Black Lives | Episode 1, Season 1

What Even IS an Algorithm? | Crash Course: Data for Black Lives | Episode 1, Season 1

What even is an algorithm? Algorithms seem to have this vice grip on our lives. However, most of us don't even know exactly what an algorithm is or does. Here at Data for Black Lives, we aim to fight algorithmic injustice, and in order to do that, we need to fully understand what we're up against...

What is abolition? More specifically, what does it mean to "abolish the police" or "abolish big data"? Why may we even want to abolish policing and big data? These phrases were thrown around a lot in this past year. So, in this episode of Crash Course, Linda is unpacking what abolition is and wha...

What is predictive policing? Well, if you've seen the movie Minority Report, you already have a bit of an idea. Predictive policing involves using algorithms to analyze massive amounts of information in order to predict and help prevent potential future crimes. In this episode of the Crash Course...