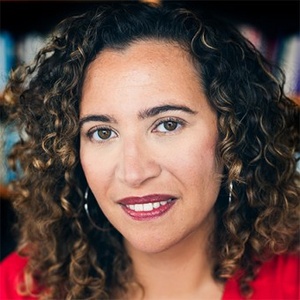 Data journalist Meredith Broussard is an associate professor at the Arthur L. Carter Journalism Institute of New York University, research director at the NYU Alliance for Public Interest Technology, and the author of “Artificial Unintelligence: How Computers Misunderstand the World.”

Her academic research focuses on artificial intelligence in investigative reporting and ethical AI, with a particular interest in using data analysis for social good. She appeared in the 2020 documentary Coded Bias, an official selection of the Sundance Film Festival that was nominated for an NAACP Image Award. She is an affiliate faculty member at the Moore Sloan Data Science Environment at the NYU Center for Data Science, a 2019 Reynolds Journalism Institute Fellow, and her work has been supported by New America, the Institute of Museum & Library Services, and the Tow Center at Columbia Journalism School. A former features editor at the Philadelphia Inquirer, she has also worked as a software developer at AT&T Bell Labs and the MIT Media Lab. Her features and essays have appeared in The Atlantic, The New York Times, Slate, and other outlets. Follow her on Twitter @merbroussard or contact her via meredithbroussard.com.

Speakers will discuss algorithms, race, and justice–the problems and the possibilities.