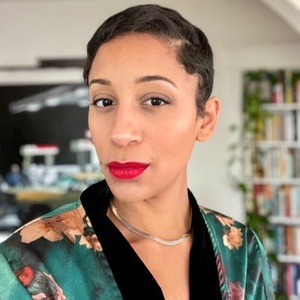 Avriel Epps is a PhD student and Presidential Scholar at the Harvard Graduate School of Education. As a scholar, she has garnered numerous awards and honors including an invitation from the U.S. Department of Education to present her work for Congress in Washington D.C.

Her previous work on hip hop lyrical themes compliments her foray into music-making, under the stage name King Avriel. Her most recent musical project ‘thesis’ was released to critical acclaim, hailed as “prodigious” by the Huffington Post and “… a cerebrally significant gift” by The Guardian.

The Revolution Will be Digitized: Music, Technology, and Black Cultural Production

The Revolution Will be Digitized: Music, Technology, and Black Cultural Production

Black artists have shaped the history of American music and continue to do so every day. Virtually every form of popular music around the world has roots in the powerful African-American musical traditions of Jazz, Blues, R&B, Rock and Roll and Hip Hop. But these same artists have historically be...