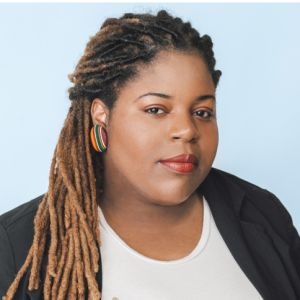 Founder of Make the Homeless Smile
Valencia Gunder or Vee is a very reputable, enthusiastic, community leader who has also officially been branded as; “The Modern Day Fannie Lou Hamer”. A Miami Native, Valencia is the Founder of “Make the Homeless Smile Miami and Atlanta”. Valencia, who is not an environmentalist but has led conversations around Climate awareness in many communities, on concerns around sea level rise, emergency preparedness, and climate gentrification. Vee is the founder of the Community Emergency Outreach Center that assisted over 23k residents after Hurricane Irma. Being affected by gun violence with losing her God Daughter Jada Page, through her grief she pulled her community together to stand up to the status quo. Valencia also stood up for Mr. Charles Kinsey, an unarmed caretaker, after he was shot by the North Miami Police Department. Valencia is the 1st Miamian to be awarded the Soros Justice Fellowship to combat violence in her community. Valencia has been fighting alongside the residents of her community to ensure they receive fair and just treatment.
Related
Videos
Conferences